NOACS – How to reduce the risks & increase compliance

To guard against the accidental administration of a novel oral anticoagulant (NOAC) to a patient for which one would not be suitable, silicone wrist alert bands were developed. An educational grant enabled the purchase 600 bands, coloured either red or blue, to give to patients beginning NOAC treatment following their stroke, in addition to their alert wallet card and written information. Only four months into the trial its success is evident. Only two patients declined a wrist band and all others continue to wear them - regardless of age. More importantly, increased patient compliance with treatment has been seen.

The aim of NOACs is to reduce the incidence of ischaemic stroke for those people in atrial fibrillation, and one of their benefits over warfarin is the lack of requirement to monitor blood levels – but this has resulted in patients not considering these drugs with the same level of seriousness as vitamin K antagonists. Despite alert cards being issued and patients counselled prior to commencement of a NOAC, many lose the cards and forget the drug name by the time they are seen in clinic 4 weeks later. The reason for the formal study was a near-miss experienced while assessing a patient for thrombolysis: the patient was unable to speak as a result of the stroke, his wife had dementia and his son was not sure what he was taking although he had brought in his father’s current box of medication. This did not contain any blood thinners, although the patient was on a specific drug in its own dosset box, which the son had not found.

To increase the understanding of the importance of this group of drugs by patients and thereby increase compliance and discussion of the drug (and its side effects) with family and healthcare providers. 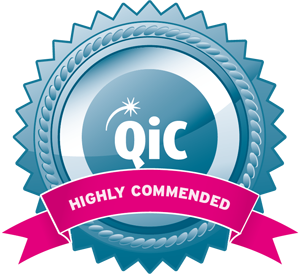