The Introduction of Direct Oral Anticoagulants (DOACs) to the Southern Trust

The Southern Health and Social Care Trust’s anticoagulant team developed guidelines to promote the safe use of Direct Oral Anticoagulants (DOACs) and assist clinicians in initiating the medicines. The team identified an opportunity to change first line treatment for patients presenting with a DVT from warfarin and a low molecular weight heparin (LMWH) to rivaroxaban. By changing the treatment, patients would benefit by not having to return to ED for daily injections until their INR was therapeutic. On implementation, an immediate drop in the number of ED DVT clinic attendances and a fall in the average number of patient visits was seen. The anticoagulant team also audited prescribing practices for patients newly started on DOACs in hospital and measured the impact that DOAC use had on inpatient stay on the acute stroke ward.

The anticoagulant team decided to offer rivaroxaban as first line treatment for DVT treatment - DOACs have been shown to be as safe and effective as warfarin in clinical trials and have several benefits. However, for reasons of intolerance, fear of warfarin or resistance to routine monitoring, many patients are either receiving anti-platelets or no anti-thrombotic treatment.

To change the first line treatment of DVTs in the ED from warfarin and LMWH to rivaroxaban, which was approved by NICE in July 2012 for the purpose. To audit the impact the change had on both patients and the ED, measuring the number of patient visits to the ED both before and after the change of treatment, as well as any cost difference. To audit the inpatient and discharge prescribing practices of the DOACs by the medical staff on all the wards over a six-month period and the length of hospital stay of patients on the Acute Stroke Ward - to allow a comparison to be made for patients commenced on warfarin compared with those on a DOAC. The data would be used in healthcare staff training sessions and to promote further safe and appropriate use of DOACs in the Southern Trust. 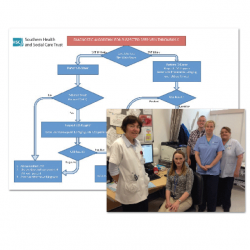 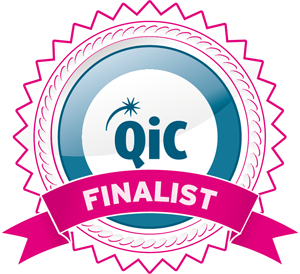