The judging panel is a multidisciplinary group of leading experts in dermatology care.

Additional judges to be announced.

Lisa Bickerstaffe is Communications Manager at the British Skin Foundation, the only UK charity that funds research into all skin diseases, including skin cancer. 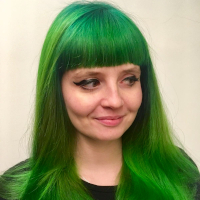 Polly is a Community Dermatology Nurse Practitioner and Independent Nurse Prescriber. She holds the QNIS Queen's Nurse title and each month, delivers 33 nurse led dermatology clinics across 23 different sites within NHS Fife.  She also provides dermatology support, advice and education to nursing, medical and pharmacy colleagues in the community.

Polly has many years’ experience in primary and secondary care dermatology nursing and is an accomplished author with many published papers in peer reviewed journals. Polly's special areas of interest include professional development, bio-psychosocial approaches to care, health literacy, chronic inflammatory skin disease and skin cancer. 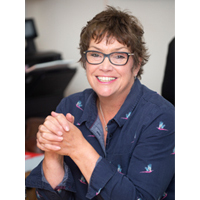 He is a Past-President of the British Association of Dermatologists, St John's Hospital Dermatological Society and the Dermatology Section of the Royal Society of Medicine. He is currently the elected UK Board Member of the European Academy of Dermatovenereology and the Secretary of the British Skin Foundation. He has delivered the Royal College of Physicians Ingram Lecture (twice), the Dowling Oration and the Neil Smith Lecture. Over 30 years he has given nearly 300 invited lectures.

He is a general Dermatologist with 27 years’ experience as a Consultant in teaching hospitals and has trained over 120 other Consultants and taught thousands of medical students.  He has published over 340 papers, case reports, books and chapters in books.  His clinical and research interests include male genital dermatoses, complex medical and inpatient Dermatology (including severe drug reactions and TEN), melanoma and HIV Dermatology.  He has published ~360 papers, books, chapters, case reports and letters.  His research metrics are: h-index 40; i10-index 160; citations 6,688; Research Gate 45.93; top 97.5%.  According to Google Scholar Prof Bunker is the 6th most cited UK Dermatologist in the world; those in the UK ‘ahead' of him are, or were, all full-time, salaried university academics.

Prof. Bunker has received a National Silver Clinical Excellence Award from the NHS.  In 2019 he was awarded the Sir Archibald Gray Medal by the British Association of Dermatologists - its ultimate accolade for outstanding contributions to British Dermatology. 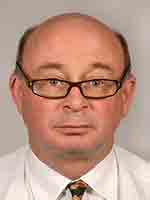 Iain Henderson graduated from Glasgow University in 1980 and entered General Practice in Glasgow in 1986. He obtained the Diploma in Practical Dermatology in 1997 from Cardiff and started a Hospital Practitioner session in Dermatology in 2001 at the Western Infirmary, Glasgow.

He was the organiser of the Western Infirmary Dermatology Club, the Primary Care Advisor for Skin Care Campaign Scotland and represented the PCDS on the Scottish Council for Dermatology. Iain retired from the Executive Committee of the PCDS Dec 31st 2018 and retired as GP appraiser 31st July 2019. He still does the occasional dermatology teaching.

He is a self-confessed sports nut whose main sporting interests are playing golf, badminton, skiing and rugby refereeing. 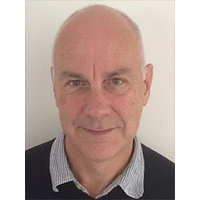 Neill qualified in Medicine from St Andrews and Manchester Universities following which he served as a Medical Officer in the Royal Army Medical Corps seeing service in Northern Ireland, Gulf War 1 and Angola.

He trained in Dermatology at the Edinburgh Royal Infirmary during which time he undertook research into cutaneous leishmaniasis which led to his MD thesis.

He was appointed consultant dermatologist at Lincoln County Hospital in 1997 and created a county wide hub and spoke service.

To broaden his contribution to medicine he became a clinical director, then deputy medical director and is currently the Medical Director for the United Lincolnshire Hospitals NHS Trust.  Neill maintains an active clinical practice with particular interests in complex therapies and skin surgery.

Outside medicine he enjoys fast cars, gardening and taking his wife out to dinner. 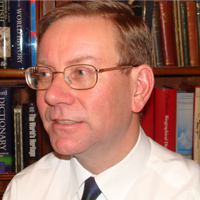 Arlene has been practicing as a hospital pharmacist for 11 years; after qualifying she went on to complete a postgraduate diploma in clinical pharmacy practice and became the lead pharmacist for dermatology and allergy services at Guys and St Thomas’ Foundation Trust in 2013. St John's Institute of Dermatology opened in 1863, and is now one of the world's leading centers for patients with skin disease. As a tertiary centre they treat a wide range of skin diseases from the most common to very rare, and offer highly specialised treatments for inpatients and outpatients which are not available elsewhere in the UK.

Arlene has a special interest in psoriasis and immunotherapy, and has developed the role of the clinical pharmacist in the severe psoriasis biologics clinic, qualifying as an Independent Prescriber in this field in 2015.

Arlene recently started a national network for pharmacists specialising in the field of dermatology across the UK, in the hope that this can be a platform to share best practice and expertise. 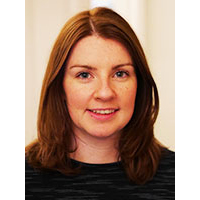 Rebecca Penzer-Hick is an experienced dermatology specialist nurse who has worked in a variety of different settings.  These include hospital in and out-patients services, specialist community nursing services, Universities in research, development and teaching roles as well as running her own business.

Currently Rebecca is a Senior Clinical Lecturer in the School of Postgraduate Medicine at the University of Hertfordshire.  Here she teaches and supports students on a variety of Masters programmes with a focus on those studying for a Masters in Clinical Dermatology.  Clinically she works in a Cambridgeshire Community Dermatology service as a Dermatology Specialist Nurse.

Steve graduated in 1999 from the University of Winchester with a BSc in Exercise Physiology and Psychology. In 2001 he joined the Pharmaceutical industry as a GP Medical Representative with Schering-Plough.

In the past two decades he has also worked in various commercial and business development roles for not only Blue Chip Pharmaceuticals companies but also in the Medical Diagnostic industry. At Roche Diagnostics in 2013 Steve was awarded the coveted Point of Care sales person of the year award for his work with then PCT’s and NHS service providers on joint working initiatives related to anticoagulation pathways

Steve joined Sanofi Genzyme Dermatology to launch an innovative medicine in the Dermatology market place (Oct 2017) and in April 2020 he was Promoted to Professional Relations Lead Dermatology and Respiratory. 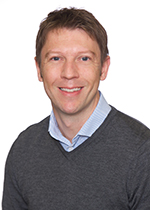 Siobhan’s background has been in pharmaceutical public relations and medical education and she has specialised in dermatology since 1994 when she was instrumental in setting up the PCDS and worked closely with the Society until 1997.

She renewed her association with the Society in 2003 and developed the now very successful corporate sponsorship programme as well as assisting in the development and roll out of new educational brands for the Society.

Siobhan has three children an interest in all things equestrian.

I was appointed a Consultant Dermatologist in 1999 with subspecialty expertise in skin cancer management.  I have helped to establish a new Department of Dermatology, which is now the largest in the West Midlands.  I have been Clinical Director for Dermatology for the past eleven years at the Heart of England Foundation Trust and subsequently, University Hospitals Birmingham.

I have been involved in several committees regarding clinical care as well as cost effectiveness of treatment and these have included:

I am the current president of the Midlands Dermatology Society.

I play an active role nationally in skin surgery teaching and am an invited faculty member at national and international meetings for skin cancer and skin surgery, including the British Society of Dermatological Surgery.

Most recently, I was proud to have received the ‘Building Healthier Lives’ clinical excellence award. This award is open to all 10,000 members of staff at the hospital and is nominated by both patients and staff.  This is an acknowledgement of clinical care and contribution to the health service and I am the only dermatologist to have ever been awarded this. 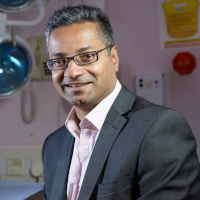 QiC Dermatology is partnered by: