This is a special award, supported by Diabetes UK, that aims to recognise someone very special who cares for/has cared for a patient with diabetes. The award is presented to someone that has made a real difference to patients’ lives and goes beyond the call of duty with regards to what is required in their day job. 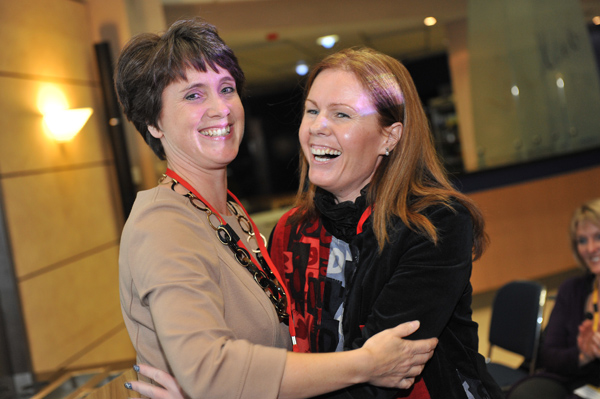 Angela Allison, winner of the Quality in Care (QiC) Diabetes People’s Award, was inspired to develop the Diabetes Power website after her 10-year-old daughter Claudia was diagnosed with type 1 diabetes.

The site aims to raise awareness of type 1 diabetes and the early warning signs. Through the site Angela has fronted a campaign to eradicate diabetic ketoacidosis (DKA), a potentially life threatening condition as well as provide people with the condition and their parents and carers with support by providing factual information and news, together with blogs and video stories that detail what it is like to live with type 1 day to day.

Using social media Angela has extended the reach of the support that the site provides. Many of Angela’s advocates know her only from the Diabetes Power Facebook page.

"Angela is one of those people who always wants to help everyone and is really trying to push Diabetes Power. She has helped me no end and is one of those truly amazing women. She juggles being a wife and mother, caring for her five children some of whom have serious health issues, with supporting other people. I am delighted Angela has won the QiC Diabetes People’s Award; she really deserves recognition for what she does.”

"I am absolutely thrilled to be nominated and to win the award, and what it means is hard to put into words. Since Claudia was diagnosed on May 1, 2008, we have worked towards a type 1 awareness campaign. To finally see the campaign moving forward means all the hours and the work have been worth it. If we prevent one person from being in DKA at diagnosis, the campaign will have been a success. Without the support of other parents with children with type 1 and adults with type 1 this campaign couldn't have started."

Angela’s awareness raising and support activities span far beyond the internet and include petitions to Downing Street and taking part with Claudia in the Nipro Europe bike ride that starts on November 16 at 8:30am from the Diabetes Centre at Queen Alexandra Hospital in Portsmouth at 8.30am and cycle more than 150 miles to the NEC in Birmingham on November 17. To find out more about the bike ride visit: http://www.diabetespower.org.uk/index.php/the-ride