AT Medics and AT Learning Diabetes Improvement Programme 2018/19

AT Medics manages over 30 GP surgeries with 275,000 patients across London. In 2018/19 the organisation continued its ‘Diabetes Improvement Programme’, which uses a quality improvement approach to reduce variation in the management of its diabetic population (>13,000 patients), as defined by the National Diabetes Audit (NDA) eight care processes and three treatment targets. This quality improvement approach resulted in the organisation having the highest ever outcomes for Type 2 diabetes care in England and Wales compared to any Clinical Commissioning Group (CCG) (NDA data). AT Medics’ approach now covers an entire London CCG, supporting capability development and an associated major improvement in diabetes outcomes.

The vision was to achieve a step change improvement in diabetes provision in the organisation, giving patients the best clinical outcomes in the UK, plus to demonstrate that this innovation could be expanded externally across an entire CCG. The programme is a novel approach, bringing improvements through low-cost, primary care-led, and sustainable interventions. The aims were to improve all eight diabetic care processes, aiming for a target of 90%, as well as to systematically improve triple target control through a standardised approach to care management, aiming for 50% achievement. These goals were achieved through: delivering training and capacity-building within the organisation where required; identifying appropriate targets and trajectories; providing leadership, support, and monitoring; maintaining multi-channel communication across the organisation; delivering agile interventions and using data analysis from AT Medics’ bespoke business intelligence tool to monitor performance and guide decisions. The team was led by Dr Tarek Radwan, who developed the Diabetes Improvement Programme and was the driving force behind its implementation. His quality improvement approach has not been seen elsewhere in primary care management of diabetes, as demonstrated by considerable interest from third-party organisations within primary care, and the programme’s adoption by Lambeth CCG to improve its diabetes outcomes. AT Medics’ culture of innovation and ambition was crucial for the development of the programme and all levels of staff were involved in its design, development and delivery. The training of AT Medics’ multidisciplinary team, including pharmacists and other practice staff, was key to its success. Following the implementation of the programme more than 90% of interventions were delivered by the pharmacist team, with 60 clinical pharmacists and over 200 administrators/managers trained to manage quality improvements in diabetes. The more efficient use of the multidisciplinary team at AT Medics has reduced burdens on GPs and nurses across the organisation.

Industry-recognised quality improvement (QI) methodologies were researched, the entire diabetes pathway was process mapped, and solutions went through continuous improvement cycles. Initiatives implemented included: monthly project webinar sessions for managers and clinicians; rolling clinical tutorials on diabetes guidelines for pharmacists, later recorded on to a learning management system; socialisation of data across the entire organisation; 90% of interventions delivered by pharmacists; struggling practices were identified and offered tailored training and support. The leadership team of senior clinicians and managers used AT Medics’ bespoke analytics tool and the monthly webinars to develop a ‘bird’s-eye’ view, while also responding to local queries effectively. The analytics tool was also used to understand the scale of the problem and to allow staff to effectively benchmark performance against local and national outcomes. Manager-led practice plans were developed to facilitate regular recalls for annual diabetes checks. Off-target patients were reviewed virtually by the central pharmacist team, and a suggested care plan was written in the notes. The reviewing clinician used this as a baseline when seeing the patient. A centralised streamlined process for recalls was developed, and all practices were made aware of the trajectories and methods needed to achieve optimal diabetes outcomes. The development of the previously untapped pharmacist workforce was key to success. Interventions from the pharmacist team included: development of a bespoke learning programme for practice pharmacists; design of a bespoke analytics tool for performance monitoring; centralisation of the recall processes; virtual care planning, as well as appropriate management of risk factors.

The project has resulted in the organisation having the highest ever achievements in diabetes care in England and Wales (NDA). For the eight care processes, it scored 92% (UK average 2017/18 = 57.29%, best CCG 2017/18 = 83%, best ever CCG = 89%). For the three treatment targets, 54% was achieved (UK average 2017/18 = 40.35%, best CCG 2017/18 = 47%, best ever CCG = 53%). The lowest-performing AT Medics practices achieved 88% (eight care processes) and 46% (three treatment targets). Of note was that 90% of interventions were delivered by pharmacists. Utilisation of the pharmacist workforce at scale freed GP and nurse time significantly, improving access and facilitating focused work on other QI projects within the organisation. Workforce training has been another positive outcome, with over 60 clinical pharmacists and over 200 administrators/managers across London given greater skills.

The Diabetes Improvement Programme is replicable and scalable, as it has already been embedded at scale in 35 GP surgeries across 16 CCGs. Some of these practices were at far lower stages of maturation, performance and organisational readiness, but the innovation has proved itself robust, with minimal GP input required, and facilitated rapid clinical improvements in previously underperforming GP surgeries. There has been interest from a number of third parties and the organisation believes that the programme can be adapted for federations, super partnerships and alliances across the UK. It has been run successfully in Lambeth CCG across 420,000 patients, delivering the best-ever results for the borough. The four-month project delivered a 13% improvement in eight care processes and a 4% improvement in the three treatment targets. There was also a narrowing in variation between the highest and lowest performers in the CCG. The Lambeth project also involved close working with partners such as the CCG Medicines Management team and the Lambeth Diabetes Intermediate Care Team to deliver improved outcomes for patients. 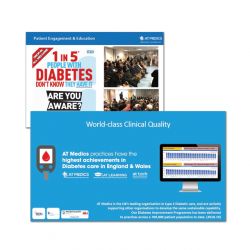 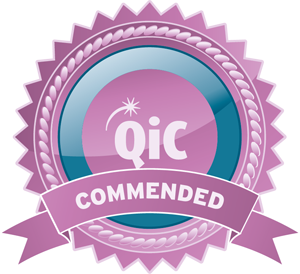