This project aimed to provide diabetes education to teenagers in way that promotes empowerment and self-management, and encourages the development of peer support networks. Education sessions were provided every fortnight during term time in a group format with an emphasis on practical learning, discussion and group problem-solving. Empowerment measured via a questionnaire at the beginning and end of each term and HbA1c was found to have reduced in five out of seven students.

This project involved the development of a diabetes education programme to be delivered in a high school setting to improve diabetes knowledge, self-management techniques and empowerment to manage diabetes. Innovative aspects of this project include:

A plan to deliver education at a local high school was developed and discussed with school staff. Staff agreed to diabetes education in the school environment and helped with the planning of sessions to avoid pupils repeatedly missing the same lessons. Lesson plans were jointly developed by a diabetes nurse and dietician. All pupils with type 1 diabetes at the high school (seven pupils) were invited to fortnightly education sessions during term time. The sessions were delivered between 20/01/2016 and 20/12/2016. During the sessions ground rules were established such as confidentiality of personal information shared during the group. Each session lasted approximately 1.5 hours. Topics such as carbohydrate counting, insulin dose adjusting and hypoglycaemia management were discussed. Each session was practical, for example weighing real foods during the carbohydrate counting session as well as using the foods from the school canteen and snacks that the children regularly have. Pupils were encouraged to ask questions and carry out group problem solving of each other’s challenges. Time was allowed at the end of each session for the pupils to discuss topics of interest to them. All education sessions promoted patient empowerment and self-management. For example pupils were encouraged to learn how to adjust their own insulin through using practice and examples rather than being told what adjustments were needed. One diabetes nurse and one dietician led the majority of the sessions, with the aim of building up effective working relationships with the pupils. Additional staff attended to provide extra topics such as visits from the community children’s nurse and the Diabetes UK ‘Just DUK it’ team. Empowerment questionnaires were completed by pupils at the beginning and end of each term. Pre-education HbA1c results were compared to results nine months later. Additional education was provided to school staff on topics such as diabetes physiology and hypoglycaemia management.

An empowerment questionnaire was completed by pupils at the beginning and end of each school term and results improved after each education term. HbA1c was measured using fingertip HbA1c testing. 71% (n=5) reduced their HbA1c between the start of the programme and nine months later. The median reduction in HbA1c was 6mmol/mol. While this programme did involve a significant staff time commitment it was considered an efficient use of time as a group of up to seven pupils attended each session. The emphasis on self-management skills helped pupils to feel more in control of their diabetes (as evidenced by improved empowerment scores above). It could be expected that this may reduce individual clinical input needed with these pupils as they take control of their own diabetes, therefore is likely to be an efficient use of time.

We believe that this model could be replicated in other secondary schools with sufficient numbers of pupils with diabetes. In such schools the time investment of providing group education is likely to be an efficient use of time if pupils are more empowered to manage their condition and feel supported by their peers. The project is sustainable due to its low cost and use of existing resources. One of the aims of the project was to continue it on a long-term basis if results were positive. The positive feedback, HbA1c reductions and improvement in empowerment scores have led to the decision that these education sessions will be continued indefinitely. As the pupil mix will change due to some pupils leaving school and others joining the group, there will be opportunities to repeat education topics and encourage the more experienced pupils to support others. 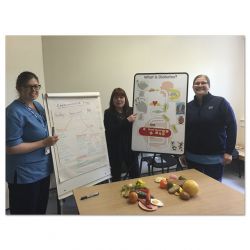 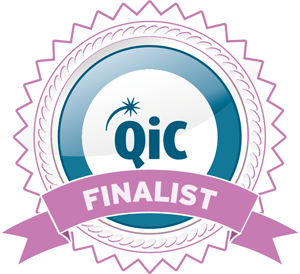