The catchment for this initiative includes the area with the highest estimated prevalence of problem drug use in Scotland, which means HCV infection prevalence is high with many people unaware of their infection.

The team developed a patient-centred service embraced by all colleagues and service users to increase HCV testing and treatment. Early access programmes have shown cost savings to the Trust and expanding links with addiction centres and the local prison to reach out to difficult to engage patients has also been important.

Testing in the areas with highest problem drug use has increased by more than 80%, with testing yields up in the community and numbers of patients treated increasing yearly by up to 19.6 %.

Inverclyde (125,000 population) has the highest estimated prevalence rate of problem drug use in Scotland (3.2 % of the population aged 15 to 64), in Refrewshire (170,000 population) the prevalence is 2.41 %, the fourth highest in Scotland. These areas have high deprivation rates and alcohol-related mortality as well as drug related deaths. Linked with the high problem drug use is a very high prevalence of HCV infection, with many patients not aware of their HCV status. Prior to this initiative, HCV services were provided by just two single consultants across two sites, with two senior nurses providing hospital-based treatment and outreach to two addiction centres and the local prison. In 2011, the blood-borne virus services of Inverclyde and Renfrewshire were merged and expanded with the appointment of a new consultant who provides input to blood borne virus clinics on both sites.

To significantly increase HCV testing and treatment in this under-served population and align numbers with testing and treatment activities in the rest of Greater Glasgow & Clyde and Scotland. To develop a patient-centred service providing individualised care embraced by colleagues (medical, psychiatric, general practice, community teams) and liked by service users and the community - thereby increasing testing and treatment uptake and resulting in more patients cured. 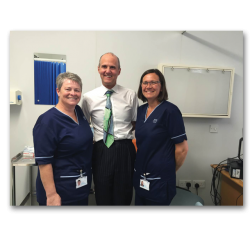 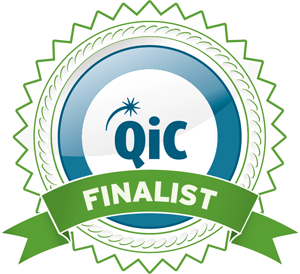