The cancer death rate in children and young people has fallen by 58% in the past 40 years, according to figures released by Cancer Research UK. 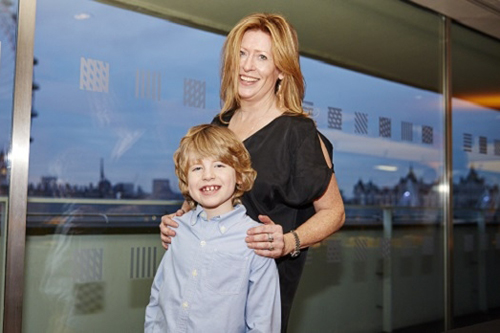 Fiona Barnett and her son Rufus, 7, who was diagnosed with leukaemia last year

During the 1970s there were around 1,300 deaths each year but this has dropped to approximately 550 deaths, with the steepest decline in leukaemia for which figures dropped 39% over the last decade to an average of 110 fatalities.

Despite the promising figures, cancer remains the disease that is the biggest killer of children and young people in the UK with around 550 losing their lives every year.

Professor Pam Kearns, director of the Cancer Research UK clinical trials unit in Birmingham, said: “These figures are testament to the real progress we’re making in treating children and young people with cancer.

“Cancer Research UK has been instrumental in this progress but hundreds of young people are dying from cancer each year in the UK, which means there’s still much more we need to do.”

The new figures have been revealed as part of the charity’s Cancer Research UK Kids & Teens on-going campaign, which aims to fund more research to find better, kinder treatments for children and young people with cancer.

In the UK, approximately 1,600 children and 2,200 teenagers and young adults are diagnosed with cancer each year and the overall ten-year survival for cancer in under 14s has almost tripled since the 1960s, around three quarters of which are now cured.

“In the next 5-10 years Cancer Research UK hopes to double the amount it spends on these cancers.”