A young YouTube star who has been treated for a rare brain tumour using proton beam therapy (PBT) has documented her journey in a new video. 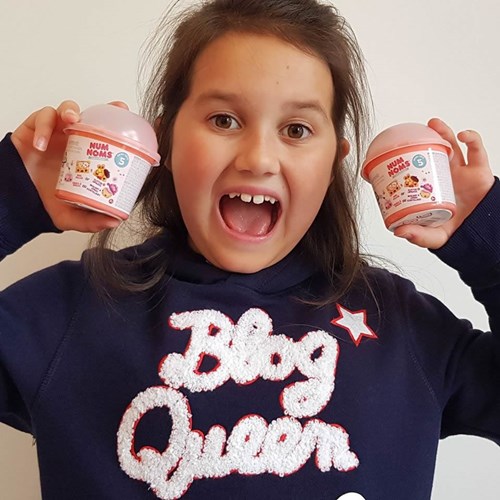 Gracie Gosling, 11, was diagnosed with a Craniopharyngioma – a brain tumour which affects the pituitary gland - in February this year and received treatment at the UK’s only NHS high energy proton beam therapy centre at The Christie.

Following three months of PBT the YouTuber, who has thousands of subscribers on her ‘MissyG23’ YouTube channel, has produced a video to tell other potential patients about her treatment at the centre and what it involves.

Gracie, who is from Kent, completed her treatment last month and now hopes the video will educate people about PBT and help other youngsters who may need PBT to feel less anxious and reassured.

Gracie said: “I wanted to make this video to show new patients what they can expect from PBT if they need to have it.

“It can be a bit scary at first but the staff at The Christie really look after you and you soon get used to it.

“I hope other patients can watch my video and it helps them to feel better about the treatment.”

Gracie had suffered from headaches for over a year, but it wasn’t until she collapsed in late January that she was given her diagnosis.

Mum Carly and Dad Justin rushed Gracie to hospital where after scans; she was referred to King’s College Hospital in London where she underwent brain surgery the very next day.

Surgeons at King’s decided that attempting to remove the entire tumour was too dangerous and Gracie was referred to The Christie for treatment.

Gracie’s dad, Justin, said: “It was all very scary for us at first and you’re obviously worried about the journey but the care and treatment Gracie received was amazing. We felt very settled in Manchester and very reassured at The Christie, the staff were incredible. Gracie really wanted to show this through her YouTube channel and the video has been really well received.”

Gracie, who has completed her PBT, is now recovering and is back at school and will receive regular check-ups following her treatment.

PBT is a specialist form of radiotherapy that targets certain cancers very precisely, reducing side-effects. It targets tumours with less damage to surrounding healthy tissue and is particularly appropriate for certain cancers in children who are at risk of lasting damage to tissues that are still growing.

The Christie is the first NHS high-energy PBT centre in the UK as part of a £250m programme for a national PBT service. A second PBT centre is also currently being built at University College London Hospitals NHS Foundation Trust and is due to open in 2020.

To ensure consistency of service, once the two UK PBT centres are operational, some patients will continue to be sent abroad for treatment until both centres have fully developed their capacity of up to 750 patients a year.

PBT has been offered overseas to NHS patients who are eligible for treatment in England since 2008 in a programme that has to date supported over 1000 patients.

However, for many cancer patients, travelling abroad is difficult, particularly if they are less well or require other treatments such as surgery and chemotherapy. The trip abroad can also result in families being separated during a very stressful time.

Any patients attending The Christie for PBT who do not live locally, are provided with free family accommodation in a serviced apartment in Manchester city centre for the duration of their preparation and treatment.

“Consultant Clinical Oncologist Dr Gillian Whitfield lead Gracie’s care at The Christie. She said: “Proton beam therapy reduces the unwanted radiation dose to surrounding normal tissues compared to what would occur with conventional radiotherapy. This is especially important for children and teenagers with curable tumours, who will survive decades after treatment and are at much greater risk of serious long term effects of treatment than adults are.

“Gracie was treated for a craniopharyngioma, which is a benign (non-cancerous) brain tumour. Compared to conventional radiotherapy, proton beam therapy should carry a lower risk of causing some important long term side effects of treatment, particularly the risk over the next eight decades of the radiation causing other tumours.”

A PBT patient’s treatment course is typically six weeks long with individual treatment sessions around 30 minutes for five days a week. Much of the 30 minute treatment session is spent positioning the patient properly and checking the position with imaging in the treatment room, with just two to three minutes of that being when the beam targets the tumour.

The Christie PBT centre will include a dedicated research room (funded by The Christie charity) to investigate how PBT can be delivered more precisely and effectively, meaning better treatments for patients and fewer side effects. A team of world leading research scientists, engineers and clinicians will work together to look at how protons interact with different tissues, where exactly they deposit their dose and how precisely they cause biological damage to the tumours.

The Christie NHS Foundation Trust was the first specialist trust to be rated as ‘Outstanding’ twice (in 2016 and 2018) by the health regulator the Care Quality Commission (CQC). It referred to The Christie as ‘a leader in cancer care’ and ‘a pioneer in developing innovative solutions to cancer care.’

The CQC praised the Trust’s staff which it said ‘go the extra mile to meet the needs of patients and their families’ and that they were ‘exceptionally kind and caring.’ In 2017, the CQC rated The Christie as the best specialist trust in the country, and one of the top three trusts overall in England.