Be Clear on Cancer was created to support earlier diagnosis and improve cancer survival rates. Subsequently the Department of Health, along with key stakeholders, has been delivering a programme of campaigns to raise public awareness of cancer symptoms.

Television advertisements, radio, press and face-to-face events have been used to focus on lung and bowel cancer at a national level; kidney/bladder and breast cancer in women over 70 at a regional level; and ovarian, oesophago-gastric and Know4sure – highlighting 4 key symptoms of many different cancers – locally.

All the campaigns are rigorously evaluated and results show that awareness of the signs and symptoms of cancer is raised, more people visit their GP, there has been an increase in urgent referrals and a shift towards earlier diagnosis.

Despite improvements in survival and mortality in recent decades, cancer outcomes in England remain poor when compared with the best outcomes in Europe. In January 2011, Improving Outcomes: A Strategy for Cancer set out the ambition to prevent 5,000 deaths from cancer per year by 2014/15. This would improve survival rates in England to the point where they would match the average for Europe. Diagnosing cancer at a later stage is generally agreed to be one of the key reasons for the lower survival rates in England.

The challenge was therefore to find a method of delivering information to the public, raising their awareness of symptoms and encouraging more people to see their GP earlier, to increase the possibility of timely and therefore successful treatment.

Cancer Research UK was appointed in 2011 to help develop the evaluation framework and co-ordinate data flows. An expert advisory group, including representatives from a wide range of specialties helped guide the evaluation. The individual campaigns are subject to comprehensive evaluation, including quantitative, qualitative and bespoke elements, with data reflecting key points along the patient pathway. This includes symptom awareness, attendances at primary care, urgent referrals and diagnostic investigations, as well as critical outcome measures.

The over-arching aim of Be Clear on Cancer (BCOC) was to raise awareness of key symptoms and encourage people to see their GP earlier. The campaigns were aimed at men and women who are over the age of 50, the age group most likely to be diagnosed, and those from lower socio-economic groups, as these people are more likely to delay visiting their GP.

To select which tumour sites should be targeted, priority was given to the cancers with the largest number of potentially avoidable deaths. These included breast cancer (particularly among older women not invited for screening), bowel and lung cancers. Each campaign was first rolled out in small test area so we could assess the impact.

The Department of Health (DH) worked closely with local cancer networks and clinicians to ensure that they were prepared and that people visiting their GP as a result of our materials received an appropriate response. Once this local pilot ran smoothly the DH would upscale to a regional pilot with heavier-weight media, including TV advertising. Only when it had robust evidence that the campaign was having the required impact on symptom awareness and visits to GPs would the DH agree to roll-out nationally. 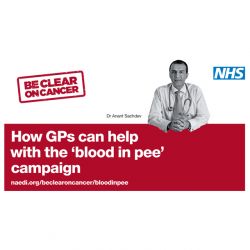 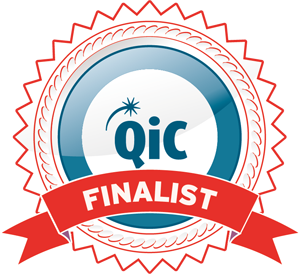