In February 2010 a QIPP initiative to deliver Herceptin at home, saving £700k recurrently, was at risk of failing. Despite local CQUIN incentive for Trusts, there were barriers,(organisational, financial, emotional and safety) to working with a private sector organisation, Health Care at Home, through a Strategic Partnership with the West Midlands Specialised Commissioning Group. There was also a risk to other cancer services if the QIPP savings were not achieved through this initiative.

The Cancer Network and its Service Improvement Team were asked to support this work stream as a key priority. By focusing on improving the patient’s experience of care, the Service Improvement Facilitator was able to bring together local teams to agree the appropriate care pathway, supported by IT and effective communication in accordance with Information Governance requirements.

This pilot demonstrated the feasibility of delivering home chemotherapy through effective partnership working between NHS and private sector providers.

In November 2009, as part of the plans for 2010/11 contract negotiations, the West Midlands Specialised Commissioning Group (SCG) identified delivering Herceptin at Home as a major QIPP project across three large provider units in Birmingham, Sandwell and Solihull. The intention was to add ‘chemotherapy at home’ to a range of ‘out of hospital’ initiatives being delivered through an established partnership between Birmingham East and North PCT and Health Care at Home.

As part of the contracting round, SCG agreed a CQUIN with the Trusts. The intention was to improve the patient’s experience by offering choice and convenience, increase efficiency in day case units, struggling for capacity and generate savings for commissioners.

Healthcare at Home were selected to become the SCG’s Strategic Partner to deliver this scheme and Herceptin was selected as the first regimen to be delivered in the home environment. This scheme was initially intended to run from April 2010 to March 2012 and the QIPP savings were built into the annual commissioning assumptions ie, PCT high-cost cancer drugs budgets were fixed on the assumption that £700k of recurrent QIPP savings would be achieved from this initiative.

The project experienced significant delays as objections were raised by the clinical and nursing teams in relation to the proposed patient pathway. These included the need for clarity around the responsibilities of acute provider and health care at home, governance, patient safety, additional work involved in patient selection, counselling and support.

Failure of the Herceptin at Home scheme would present a significant cost pressure to commissioners. The contract with Healthcare at Home was already in place, financial assumptions had been built around the savings being realised and there was a firm belief that providing patients with the option of care outside of hospital would be a significant quality improvement for patients and driver to modernise chemotherapy delivery.

Pan Birmingham Cancer Network and it’s Service Improvement Team were asked to help ensure the project succeeded by working with Trusts to overcome the obstacles to delivering the proposed new care pathway.

The aim of this pilot was to test the concept, acceptability and effectiveness of a service that delivered Herceptin to women with breast cancer in their home environment, when historically patients would be treated in a hospital day case unit.
The objectives were to:

The original CQUIN target was initially that 75 per cent of eligible patients would receive home therapy. This was subsequently modified to be 100 per cent offered with 50 per cent receiving home therapy.
The Service Improvement Team approach is on redesigning the pathway to improve the quality of care for patients. Focusing on this approach invariably leads to increased efficiency and savings delivered as the by-product of quality rather than being the key driver. This approach is often a more effective impetus to change – especially with clinicians. 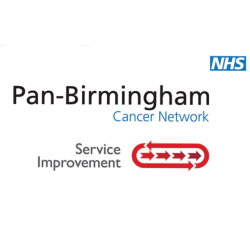 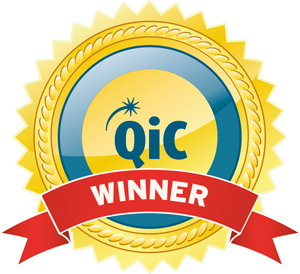