Flash glucose monitoring (FM) was introduced in the UK in 2015. The transformative effects of this technology were limited to those who could afford to self-fund purchase of sensors, meaning uptake was heavily skewed towards the most affluent. A lack of strong evidence of benefit (particularly with respect to lowering HbA1c) hindered NHS funding for the device. Work began to highlight the threat of widening social inequalities in outcomes in Type 1 diabetes (T1D) (related to inequitable access to FM) and contributed to an evidence base for efficacy. This information secured liberal eligibility criteria for FM within the Lothian health board and an educational programme ensured 50% of the T1 population were using NHS-funded FM within six months. Subsequent outcome data have supported the case for rollout across the UK.

NHS-funded FM is now close to universal in Lothian thanks to a multi-faceted approach: evidence gathering to build a local case; facilitating access through the website; offering a comprehensive education programme, plus supporting access locally and elsewhere through outcome data collection. It was clear that FM had the potential to transform the experience of people living with T1D and frustrating for them, and healthcare professionals, that it was not accessible on the NHS. A self-funded, real-world analysis of FM use highlighted the disparity in use across deprivation status as well as clear HbA1c-lowering efficacy in FM users. A pilot project assessed change in HbA1c, hypoglycaemia and quality of life in 25 individuals. These data were presented in a formulary committee submission in December 2018, resulting in approval to provide FM to all individuals meeting Scottish Diabetes Group criteria. Every person with T1D was contacted and directed to a new ‘LibreStart’ section of the website, featuring a booking portal for education sessions and links to educational content. An hour-long education session was developed and within two weeks of funding approval, it had been delivered to over 500 individuals. An online ‘quiz’ was also produced, presenting common scenarios for people using FM and advice on best practice. Data collection has included: user feedback on FM and the FM education session; HbA1c change since FM use; detailed self-reported hypoglycaemia data; change in Hospital Anxiety and Depression Scale (HADS) scores and Diabetes Distress Scores (DDS); sensor and glucose test strip prescribing data, plus hospital admission data.

The FM pilot project started 25 individuals (CSII and MDI users) on FM for four months. They were encouraged to ask for support in translating information from FM into changes in practice. DDS, HADS, hypoglycaemia frequency and awareness, and HbA1c were assessed at the beginning and end of the pilot. Electronic patient records were searched to identify people who were using self-funded FM and their demographic characteristics were compared to non-users, as well as any change in HbA1c (compared to values pre-FM). Over five years, various resources have been developed, including the Guide to improving control in type 1 diabetes (subsequently adopted as a foundational text for the national Scottish Type 1 Education Programme [STEP]), the Guide to FM (since adopted by centres in the UK and beyond), online video tutorials on carbohydrate counting and exercise in diabetes, the ‘LibreStart’ portal offering online booking for an education session (a condition of obtaining FM on prescription) and links to FM resources, plus the ‘Libre Quiz’. The Libre education session attendees receive a pack containing a Libre sensor, Libre reader, the FM and ‘10 steps’ guides, glucose and ketone test strips and other educational materials. Data collected on the first 900 NHS-funded FM users in the centre include HbA1c (pre- and post-), self-reported hypoglycaemia, HADS, DDS, hospital admissions, test-strip and sensor prescribing and general user satisfaction.

User-reported outcomes were overwhelmingly positive. There was a marked and sustained reduction in Hba1c in the centre. The proportion of individuals achieving the Scottish target of HbA1c <58 mmol/mol rose substantially in the three main clinics of the centre (Royal Infirmary: 27.6% to 33.1%; Western General: 37.1% to 39.8%; St John’s: 25.5% to 29.1%) with concomitant falls in those with HbA1c >75 mmol/mol (Royal Infirmary: 24.3 to 21.1%; Western General: 22.0% to 17.4%; St John’s: 27.9% to 24.3%). These are whole-clinic data; data from only those using FM show even more striking outcomes. Outcomes across HbA1c, hypoglycaemia, DDS, HADS, hospital admissions and prescribing are reported in the study, ‘Marked improvement in HbA1c following commencement of flash glucose monitoring in people with type one diabetes’. This confirms a fall in HbA1c associated with FM (-7 mmol/mol where baseline >58 mmol/mol, P < 0.001), plus improvements in DDS. Findings of greater hypoglycaemia are likely to be related to increased recognition, rather than a true increase in incidence, but a slight increase in anxiety and depression symptoms emphasises the importance of appropriate educational and psychological support in the context of new diabetes technologies. Preliminary data also suggest a significant reduction in DKA admissions. The Libre Quiz is associated with improvements in HbA1c and has a high level of user satisfaction. Overall, the speed and scale at which FM has been delivered to a large population attest to the project’s success. This has benefited people attending clinics and is a model for other centres.

In some respects, this project is concluding. Almost all eligible and willing individuals are using FM. Challenges remain around designing refresher education and taking advantage of remote data sharing. The project will help ensure the timely introduction of the next generation of diabetes technologies; access to education and assiduous data collection (to vindicate funding decisions) are central to this. Findings have been presented at national and international meetings and published in diabetes journals. Project lead, Dr Gibb, chairs the ‘Scottish Diabetes Group – Type 1 subgroup’ and is a committee member of the ‘Diabetes Technology Network – UK’, where local experience has been shared. 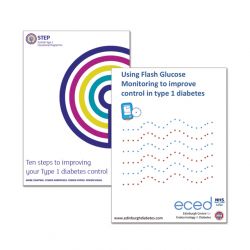 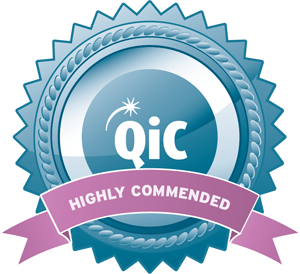