Diagnosing and referring patients with hepatitis C is not routine practice within the majority of drug or prison services. In 2004 a Hepatitis C Managed Care Network was formed in Tayside with the aim to increase referrals and access to the specialist hepatology service. The study evaluated the long-term outcomes of people who inject drugs who had recently been tested and diagnosed with hepatitis C.

This project demonstrated that people who inject drugs can have similar or even better treatment outcomes than non injectors. Many were younger, had low viral loads and less prevalence of fibrosis/cirrhosis, so while this group of patients may be difficult to reach they are easier to cure if there are effective pathways of care in place.

Around 215,000 individuals in the UK are chronically infected with hepatitis C, more than 80 per cent of cases caused by injecting drug use.

Testing for hepatitis C and other BBV is not routine practice within the majority of drug or prison services. Testing this group is not considered cost effective because subsequent entry into treatment is poor. In 2004 a hepatitis C MCN was formed, to increase referrals and access to care and treatment. This was done by increasing staff education, redesigning services, changing the referral pathway and introducing nurse-led outreach clinics.

Once the new pathways had been established and shown to be effective, the priority was to increase the number of new HCV diagnosis, particularly in PWIDS.

The aim was to evaluate the long-term outcomes of PWIDs recently diagnosed with hepatitis C. Data was collected on everybody testing antibody postive for HCV from 2009 to 2013 inclusive. Each individual was allocated to cohort A, those under the care of drug services, or cohort B, past injectors or those without a history of injecting drugs.

The objectives were to increase outreach clinics, establish treatment programmes within them, and provide medical input within outreach drug and prison services. The study aimed to compare the referrral and attendance rates of PWID with non injectors, measure adherance to treatment and completion rates, and compare SVR data. It hoped to encourage people into interferon treatment, and improve treatment rates among prisoners. 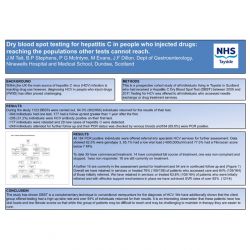 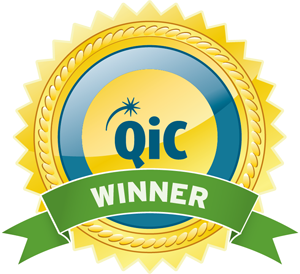 The impact of a managed care network on attendance, follow-up and treatment at a hepatitis C specialist centre - 133.3 KB