Cancer Research UK and Action on Smoking and Health worked together on a joint campaign for legislation to introduce mandatory standardised packaging in the UK. It began in 2011 and culminated in a vote in March 2015 where MPs passed regulations to introduce the measure. This was a successful campaign in a very challenging political environment. One in four cancer deaths are attributed to smoking, which kills more than half of all long-term users. Eight in ten smokers start before the age of 19 and the measure will reduce the glitzy appeal of tobacco products to children.

Despite smoking rates across the UK having declined substantially over the last half-century – the result of a range of tobacco control measures – smoking is still the leading cause of preventable death and disease in the UK. Independent, peer-reviewed research showed that removing tobacco marketing from the ‘mobile billboards’ which are displayed every time a smoker takes out a pack of cigarettes was a vital next step for public health. Evidence consistently shows that plain, standardised packaging of tobacco products reduces the appeal of cigarettes to children, protecting them from a deadly addiction and saving lives.

To increase the impact of health warnings, and to reduce the attractiveness of cigarette packs, particularly to young people, and their ability to mislead. To have a successful parliamentary vote on the implementation of standardised packaging before the General Election of 2015. 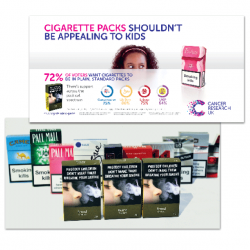 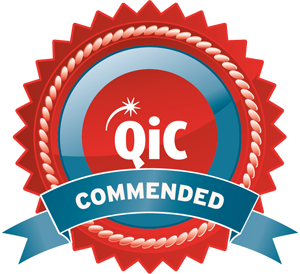